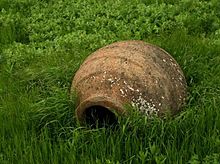 For those of you who are new, what we’re all about is really simple. We’re looking at the Bible in a way to see if and how it relates to real life. We’re not so much interested in Church traditions or differences, but rather we’re looking to see what the Bible says. Sometimes we might be surprised because the Bible doesn’t say what we’ve heard it says. And sometimes it says exactly what we thought. Then we have to decide whether or not we’re going to adjust our behavior to match.

One of the things we’re doing right now, is we’re looking at who Jesus is. Not who we think he is, and not what churches say, but what does the Bible actually say. I mean, I hear people say all the time, well I think Jesus would…. And I respond to that with, “and what authority do you make that claim by.” Before I accept or reject the guy, I want to know what he is actually about. Not what I, or a preacher, or a teacher, or a professor, or the guy next to me at the pub says. What did Jesus actually say and do. That’s interesting.

Here’s a quick summary of some things you might find useful. The first 4 books of the New Testament are called Gospels. Gospel is just an old word that means good news. They are memories of things Jesus said and did. They are not full biographies. They are highlight reels, as it were. The first three, Matthew, Mark, and Luke, are all very similar to one another. John’s book was written after Matthew Mark and Luke were already dead. John was the last of Jesus original disciples alive and he decided to write some of his memories that the others had not written about. And because he and Jesus were very good friends he offers us some cool insights to events in the life of Jesus. And he lived long enough for some weird doctrines to begin spreading, and he wanted to correct those. For example, there was a group of people called the gnostics who had become really popular. They taught things like, the body is evil and the spirit is good, so as long as you focus on your spirit, you can pretty much do anything you like with your body. When gnostics joined the Church, they said, Jesus can’t be both God and Human, because the body is evil. He must have just looked like a man. John goes out of his way to show that Jesus was fully God and fully human.

Today we’re going to look at one of the occasions where Jesus shows both his human side and shows his God side. It’s the first 11 verses of Chapter 2. It’s a very famous, sometimes infamous story. Jesus and his disciples go to a wedding in the town of Cana in Galilee. Cana is less than 4 miles from Jesus hometown of Nazareth. It’s like Portgordon or Findochty is to Buckie. Jesus mother is also there. In fact, she plays a very important roll in what happens.

First, we need to understand that weddings at that time were not like they are today. These days, a wedding lasts a whole day. But in Jesus day, the wedding party might last a week. At least 3 days for a small family in a tiny village.

Anyway, the wine ran out. Ah oh. That would be a bad thing to happen now. Back then it was a disaster. Jesus mum says to him, They’re out of wine. He says, And… what’s that to do with me. Mary, simply says to the servants, “just do whatever he tells you to do.”

Jesus looks around and sees 6 big jugs sitting empty. These are for storing water. Each of them will hold about 20 to 30 gallons. He tells the servants to fill them with water. Which they do. Then he says, now dip some out and give it to the guy in charge of the catering. Oddly, they say ok. And dip out theSo water. When the caterer tastes it, it has become wine. Not just any wine. He says it’s great wine. And the party is saved.

First, this is just plain cool. But strangely, it’s also been the source of all kinds of arguments about whether or not it was real wine. As in, alcoholic. If there’s anything I hate, its when a detail in a story becomes so prominent, that it causes people to miss the main point. And that’s what this argument does.

The simple, short version is this, Jesus made wine out of water. In the first place, even if it was grape juice its still a miracle. You can’t do that. I dare you to try. The simple fact though, is, yes it was real wine. The Bible doesn’t cause confusion. The text doesn’t say fruit of the vine, it says wine. Period. The people who I’ve seen argue about it in Churches are either people who are totally against alcohol or people who are totally looking for a reason to drink to excess. There aren’t many people in the middle.

When I preached on this passage at Church, I printed out every verse in the bible that talks about alcohol and brought it with me. I asked people who had read them all. Who had done a study. See nobody does that. We form our opinions and that’s it. How weird.

I pointed out that the Bible calls wine a blessing from God. That He designed it to help us relax, forget about hard times, and to celebrate with. But between 2/3 and ¾ of the verses, about 216 verses. That’s more than in the books of Galatians and Ephesians combined. So the Bible has a lot to say about alcohol. Like I was saying, most of them talk about the dangers of abusing alcohol. See God made it. When we use it in context its a blessing, but when we use it out of context there are all sorts of problems.

It’s kind of the same way with sex. God made it. He made it for our enjoyment and for reproduction. When we stick to the plan God made, sex is always and only good. When we use it out of context there are nothing but problems, and fear of problems. I won’t go into detail, because there may be small children in the room or car with you, but you know exactly what I’m talking about.

Anyway, for the Religious sticklers out there, Jesus made real wine. If you want to discuss that, feel free to write me. You can use the comments section on the website, or you can email me radiofreebuckie@gmail.com.

But for those who drink, the bible is very clear that drunkenness is unacceptable to him. I offer you the same offer I made to the sticklers. Write me and ask away.

But the arguments about alcohol, cause us to miss the point of the whole incident.

Like I said, you can read this story in the 2nd chapter of John. Read it and think about it. The story just might surprise you. Write me and tell me what you think. Ask me about it. Ask me anything. I’ll talk to you in about a week, but that’s all I’ve got for now. I’m out.