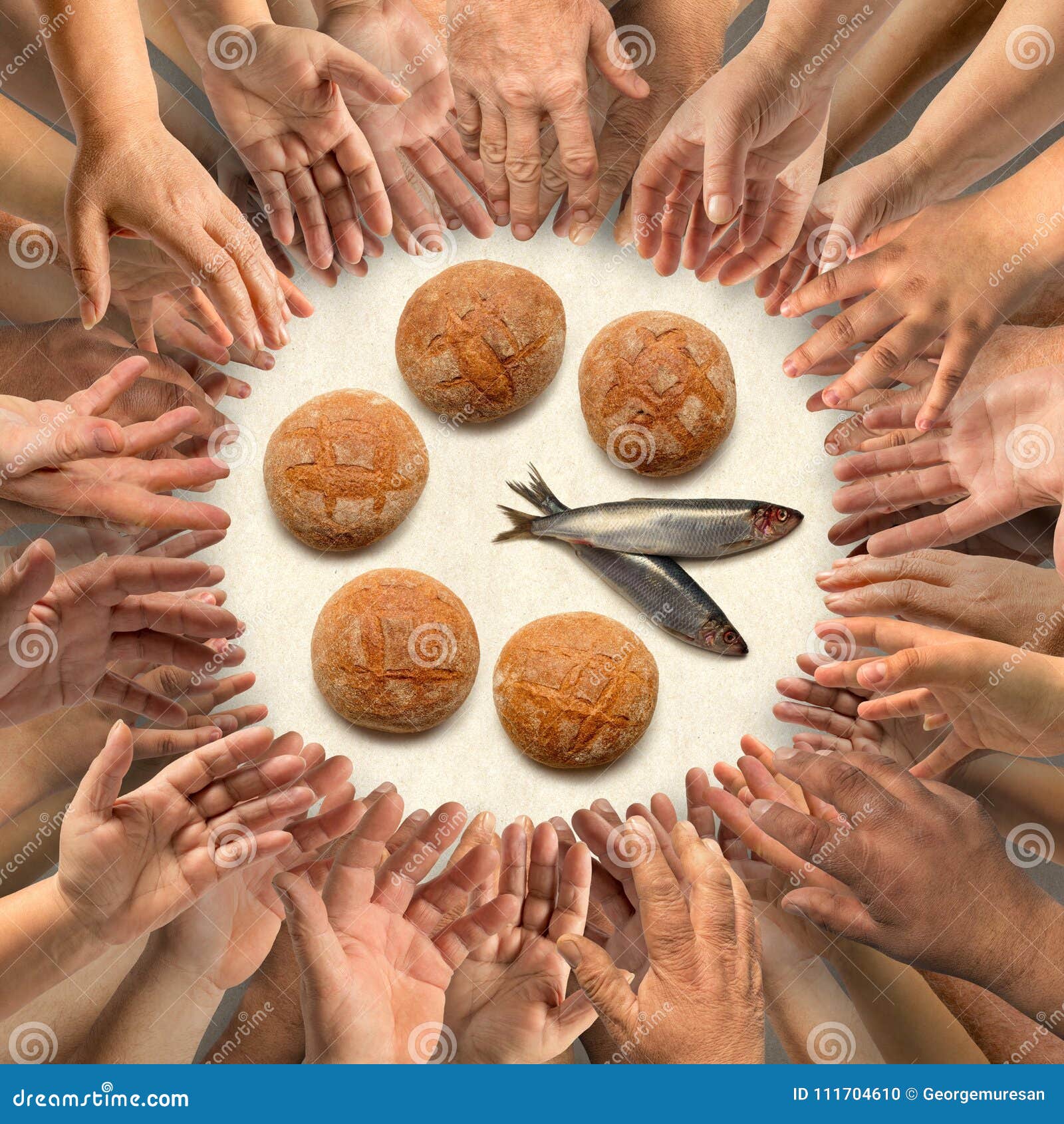 Today, I want to talk to you about Jesus’ most famous miracle. Apart from his resurrection, of course. That is definitely the most famous. And the most important. But the one we want to look at today, is the only one recorded in all four gospels. It made such an impact on Jesus followers that they all wrote about it. It’s called, the feeding of the 5 thousand. You can read about it in John chapter 6.

The first thing is, there are more than 5,000 people. Matthew tells us that’s the number of men, not counting women and children. That’s saying, no one knows how many people are there. It’s not a sexist comment. Most people say there were at least 20,000 people in all. Now that’s a lot of people.

Some other neat stuff about the story. It doesn’t happen in Jerusalem, or any other big city. It is on the east side of the sea of Galilee. It’s out in the country. Way out in the country. The people either walked or took boats to get to Jesus. That’s impressive. But that’s the kind of effect Jesus had on people. They would go out of their way. Considerably out of their way to be with him and hear him speak.

That is so unlike today. People go out of their way to avoid Churches. Sometimes that’s because Churches often make the Bible and Faith boring or Old timey. It’s neither one. I promise. You’ll just have to take my dare and come on out and see for yourself.

One of the things I think is pretty odd about the story, is that 20,000 plus people, and only one little boy brought any food. That might not be weird in the 21st century because we have places to eat everywhere. Every few miles. But in Jesus’ day, they didn’t. It would have been normal for people to take food with them. But on this day, they didn’t. I wonder if God had something to do with that? So that Jesus could show them that’s he’s God, with the power of creation.

In many ways, this is the same miracle Jesus did in Chapter 2 in Cana, when he turned water into wine. Except now there are thousands of people being fed, rather than a few hundred. See. Jesus cares about our needs. Whether we’re in a small group or whether we’re lost in a crowd. Whatever, whenever, we need him, he’s got what we need.

I think this is a good time to point out the generosity of the boy. Most boys don’t share their lunch with a crowd of strangers. But this one does. That’s the impact Jesus has on people. He makes us different. I think that’s so cool. And I think this boy needs commended. It was beyond generous. It was an act of faith.

One other thing, that stands out to me. There were 12 baskets full of left overs. Jesus didn’t just make enough. He made plenty. And then some. If there were leftovers, that means everyone had enough to eat and then some. Jesus will say later, I came that you might have life, and have it abundantly. In this miracle he really shows that.

The crowd was really impressed. We’ll talk about what happened next, next week. But I just want to add that they were so impressed they wanted to make him king. Those must have been some tasty fish sandwiches. But before the next day ends, many of them will stop following Jesus forever. Because he said some things they didn’t understand. Things that were hard. And a little bit weird.

People are fickle. We are completely unpredictable. One day they want Jesus to be King. The next, they don’t want anything to do with him. How very sad. I’ve known many like that over the years. People who chose to follow Jesus. Then things got hard or weird, and they just walked away. That’s like the saddest ending I can think of. Sadder than any movie. Jesus still dies for them, even though they walk away from him. That’s how much he loves them. That’s how much he loves you.

Think about that for a while. He loves you. Even if you’ve chosen to reject or ignore him. He still wants you to change your mind. And he will still welcome you home.

And that’s all I’ve got. Read John chapter 6 for yourself. It’s impressive. I hope you have a great week. I’ll talk to you soon. But for now….I’m out.